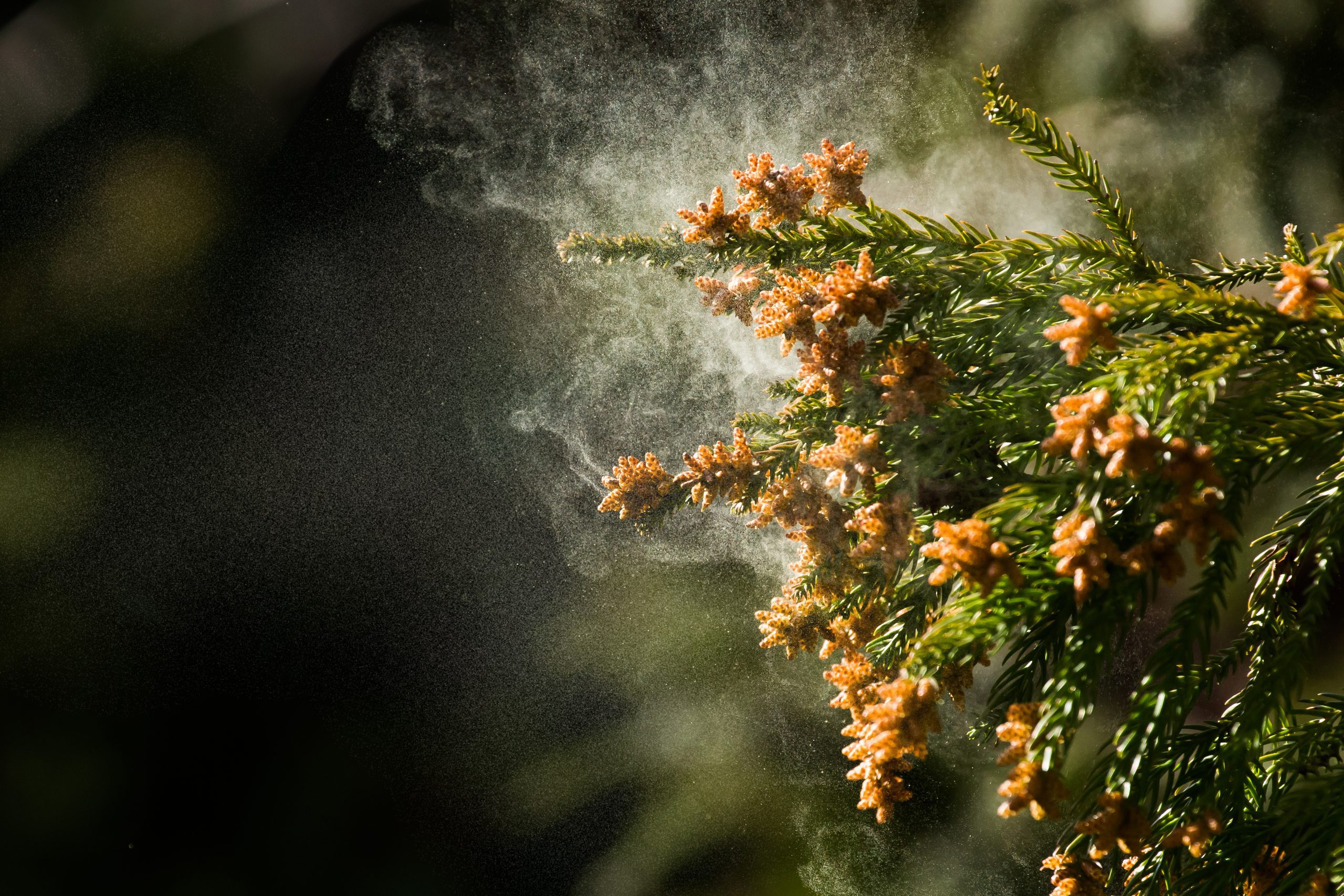 Earlier this week one of my patients told me that this past Sunday, during the stand-and-greet-those-around-you part of the church service, the pastor had said “Today, let’s do something different. Turn to the person on your right and your left and tell them which allergy medications you took this morning.” Given that it’s February in central Texas, no one batted an eyelash and everyone dutifully turned to their neighbor and said “Zyrtec”, “Allegra”, “Flonase”, or “Benadryl”.

THE ALLERGY CAPITAL OF THE WORLD

I moved to Waco in 2003 in the height of ragweed season and noticed four things almost immediately:

Fortunately I knew that I had effective treatments in my Chinese medicine bag of tricks to share with my new Texas friends and over the past thirteen years the treatment of allergies (and the sinusitis that they cause) has become something of a specialty of mine. Although many of my patients rave about the relief they’ve experienced, the vast majority of Wacoans remain unaware that Chinese medicine has been treating allergies effectively for millennia. I hope to change that.

WHAT IS ALLERGIC RHINITIS?

According to the Academy of Otolaryngology:

Allergic rhinitis (AR) is an inflammatory, IgE-mediated disease characterized by nasal congestion, rhinorrhea (nasal drainage), sneezing, and/or nasal itching. It can also be defined as inflammation of the inside lining of the nose that occurs when a person inhales something he or she is allergic to, such as animal dander or pollen; examples of the symptoms of AR are sneezing, stuffy nose, runny nose, post nasal drip, and itchy nose.

ALTHOUGH NASAL ALLERGIES ARE COMMON, THEY ARE NOT NORMAL

Pollen, dust, mold, and animal dander are a normal part of the human environment and have been for tens of thousands of years. When a person develops an allergy, their immune system begins to react to these aspects of the environment as though they are dangerous foreign invaders. This starts when a confused immune system produces antibodies called immunoglobulin E (IgE) in response to exposure to the protein portion of an inhaled or ingested allergen. These IgE molecules grab onto the allergens and subsequently bind to mast cells. The mast cells, in turn, release histamine. Histamine then proceeds to cause all sorts of trouble, including:

Conventional treatments for allergic rhinitis generally work by countering these responses. Oral and inhaled medications decrease blood circulation to inflamed nasal and sinus membranes, dry up mucus, prevent histamine from attaching to cells, and generally suppress the immune system to control inflammation in the respiratory tract. This can be helpful in controlling acute symptoms, but ultimately these treatments leave the underlying cause of allergies unaddressed.

ACUPUNCTURE IS AN EFFECTIVE ALTERNATIVE TO ALLERGY MEDICATIONS

Chinese medicine, on the other hand, offers effective treatment of both the branch (i.e. symptoms) and the root (i.e. underlying cause) of allergies. Using a combination of acupuncture and Chinese herbal medicine, we are able to ease allergy symptoms and retrain the confused immune system, causing it to become less reactive. The result is relief from allergy symptoms and, with ongoing treatment, allergies that actually become less and less severe over time. In 2015, the Academy of Otolaryngology issued new clinical practice guidelines for the treatment of allergic rhinitis. The guidelines mention acupuncture as an option for patients who prefer to avoid pharmacological treatment. According to an NPR report:

Acupuncture may help relieve symptoms and improve quality of life for people with perennial allergic rhinitis, and may help with seasonal allergies. too, according to several studies. Thus it could be an option for people looking for non-pharmaceutical treatments.

HOW DOES ACUPUNCTURE HELP?

Ancient Chinese physicians understood something that Western medicine is only just beginning to grasp, namely that there is a very close link among the respiratory, immune, and digestive systems.

According to Chinese medicine, allergic rhinitis occurs when the defensive Qi (also called Wei Qi) is weak and allows wind-borne pathogenic factors to penetrate past the superficial layers of the body. Eventually these pathogens encounter the body’s defense systems and a battle between the pathogen and the body’s Qi results, causing allergy symptoms such itching, sneezing, runny nose, and congestion. We can use acupuncture and Chinese herbal medicine to manage the acute symptoms of allergies by expelling pathogenic factors, reinforcing the body’s defensive Qi, and encouraging the Qi of the respiratory tract to move in its correct downward direction (thus calming coughing and sneezing).

When it comes to addressing the underlying cause of allergies, however, we have to look to the digestive system. Many Westerners have weak digestive function, whether it is the result of poor lifestyle or constitutional weakness (or both). In the Chinese way of thinking, when the digestive system is weak and does not do its job effectively, the works get gummed up with phlegm. Eventually this phlegm accumulates and gets sent to the respiratory tract for storage. This problem makes itself evident in the form of chronic congestion, post-nasal drip, a wet cough, sinus pressure and headaches, and a general sense of fuzzy-headedness and fatigue. When phlegm accumulation in the nose, sinuses, and lungs collides with defensive Qi weakness and wind-borne pathogens, the result is full-blown allergic misery and, in many cases, the secondary problems (such as sinusitis and chronic bronchitis) that are so common this time of year. The solution to this problem is acupuncture and herbal medicines directed at enhancing the function of the digestive system so that it can do its job cleanly without making additional phlegm. Dietary changes are also of key importance — click here for more information on this topic (pay particular attention to the sections titled Spleen Qi Deficiency Diet, Foods that Damage the Spleen, and Liver Qi Stagnation Diet).

Although scientists don’t know for certain how acupuncture works to help allergic rhinitis, there has been quite a bit of research that proves that it is, in fact, effective and gives us hints of the mechanisms behind its benefits: