A NEW NAME FOR A VERY OLD THERAPY

Now you no longer have to choose between the immediate symptom relief of dry needling and the whole-body healing benefits of traditional acupuncture. I am the only professional in central Texas with advanced training in both systems and can offer you the best of both worlds in the same session.

WHAT IS DRY NEEDLING?

Dry needling is a type of acupuncture that is rapidly gaining popularity. It involves the precise insertion of acupuncture needles into tiny tight wads of muscle called trigger points. Trigger points are found within taut bands of muscle and are often located in areas far from the location of the pain that causes a patient to seek treatment.

Dry needling is a type of acupuncture that is rapidly gaining popularity. It involves the precise insertion of acupuncture needles into tiny tight wads of muscle called trigger points. Trigger points are found within taut bands of muscle and are often located in areas far from the location of the pain that causes a patient to seek treatment.

Trigger points result when a muscle is overloaded, either suddenly or chronically. All people have at least a few trigger points, given that so many common situations cause them. Potential causes of trigger points include:

For example, when she was 16 years old, a girl fell off her horse and badly wrenched her neck. For a few weeks afterward she felt stiff and sore but eventually youth won out and she recovered, seemingly none the worse for the wear. What she didn’t realize is that the accident laid down numerous latent trigger points in her neck, shoulders, and back. Decades later, at age 40, she was in the midst of a nasty divorce, was short on sleep, and happened to twist awkwardly to reach something behind her in the car. In a split second she developed excruciating pain in her neck, upper back, and arms. From that point forward, pain took center stage in her life, disrupting her sleep, preventing her from doing her work, and making her frustrated and short-tempered. A year later she was still suffering terribly, despite the medications that she was given by her doctor, a course of physical therapy, and two epidural injections.

Because she had forgotten completely about the horseback riding accident and because neither she nor her doctor knew about latent trigger points, it was very hard for her to understand how something as minor as reaching into the back seat could cause such misery. According to Bonnie Pruden, a physical fitness pioneer who worked directly with Dr. Janet Travell, this woman’s pain can be explained by this simple equation:

For this reason, periodic examination of the body for latent trigger points and treatment of those points with dry needling can be considered preventative medicine at its best.

ARE TRIGGER POINTS A COMMON CAUSE OF PAIN?

In their seminal two-volume textbook on trigger points, Travell and her co-author Dr. David Simons state that trigger points are a component of 93% of the pain seen in pain clinics and are the sole cause 74% of the time.

“Myofascial trigger points are one of the most overlooked and ignored causes of acute and chronic pain, and at the same time constitute one of the most common musculoskeletal pain conditions.”

Perhaps part of the reason that trigger points are a under-recognized and under-treated cause of pain is that no medical specialty “claims” muscles as their domain. Virtually every other organ system has a medical specialty to diagnose and treat its dysfunction — neurologists and neurosurgeons treat  the brain and nervous system, orthopedists treat bones and joints, nephrologists treat the kidneys, gastroenterologists treat the digestive organs, etc. but no medical specialty claims muscle as its primary domain. Although the increased popularity of dry needling has generated controversy over which professionals should be allowed to use it, hopefully one very positive thing that will come of the attention is increased awareness of trigger points as a cause of stubborn, mysterious, and previously “untreatable” pain.

Dry needling is clearly within the scope of practice of licensed acupuncturists and, although not all acupuncturists have training in this technique, many are masterful practitioners of it (although they may call it by other names, including orthopedic acupuncture, sports acupuncture, ashi acupuncture, or trigger point acupuncture).

Both these factors make it very difficult for the prospective patient to assess the credentials of physical therapists offering dry needling. The physician group American Association of Medical Acupuncturists (AAMA) shares my concern and stated in a recent position paper that only licensed acupuncturists or medical doctors should perform dry needling:

The AAMA strongly believes that, for the health and safety of the public, this procedure should be performed only by practitioners with extensive training and familiarity with routine use of needles in their practice and who are duly licensed to perform these procedures, such as licensed medical physicians or licensed acupuncturists. In our experience and medical opinion, it is inadvisable legally to expand the scope of physical therapists to include dry needling as part of their practice.

For more information about the difference between licensed acupuncturists and physical therapists using dry needling, check out this infographic.

According to modern medical experts as well as historians, it is not unreasonable to speculate that acupuncture may have developed thousands of years ago as a treatment for what we now know as trigger points. Although the term “trigger point” was coined by Dr. Janet Travell in the 1940s, the Chinese medical literature described the phenomena of tight bands muscle bands, tender knots within muscles that refer pain to distant locations, and needling as a treatment for the problem as early as the first century BCE. Many experts and organizations, including the World Health Organization, classify dry needling as a sub-type of acupuncture.

For thousands of years, Chinese medicine has treated trigger points with acupuncture. Travell began needling trigger points with syringes in 1942, injecting them with procaine. Procaine was later replaced by saline solution,which was later replaced by “dry needling”—without any fluid in the syringe—bringing the procedure full circle to what is essentially acupuncture. – John M. McPartland, DO, MS 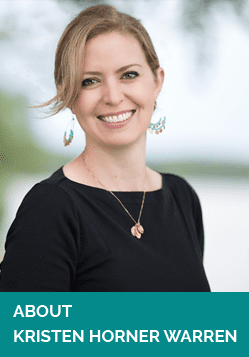